Please note that we no longer accept applications for interest-free loans.

Rosie Parr studied history and law at Cambridge University and became a solicitor after training in a leading City of London firm. She has spent 40 years working for a wide range of law firms as a commercial lawyer and in general practice, and since 2002 she has specialised in advising charities and social enterprises.  From 2003 to 2009 she was the Head of the Charities Unit in a Top 50 UK law firm. She set up her own legal firm in 2009, and continues to advise charities including several museums, arts and sports organisations and care charities. Rosie is also a trustee of a charity providing residential and day care for adults with learning disabilities, and in her spare time she enjoys painting, playing tennis, singing in a choir and travelling.

Rosie has been a trustee of Futures for Women since 2010 and became its Chair in 2019.

Joanna has been a Trustee since 1995 and acted as Chair of the charity for four years.   She is also a former beneficiary of a FfW interest-free loan which helped her pay for the costs of a flying exam.  Joanna spent many years working as a commercial pilot and has also been a flying instructor.  She is now retired from the aviation industry and works on a number of interests from home.

Amy became a trustee of Futures for Women in 2013.  She attended school in London, before attending Manchester University to study Mechanical Engineering.  After four years in Manchester, Amy returned to London and has worked at Reuters, Yahoo, IBM in various Programme and Project Management roles.  Amy’s last role was as Head of Programme Management at a foreign exchange payments company in the City.  She is currently on a career break in order to travel around south America.

Quinn joined our Board in January 2020.  She is a Director of the Brunswick Group specializing in global health and consumer industries – working with a range of organisations on reputation-building projects and campaigns. Prior to joining Brunswick, Quinn was Head of Communications for the Art Fund – where she led the communications on major fundraising, consumer and corporate campaigns.

Harriet became a Trustee of Futures for Women in January 20202.  She works for the Gates Foundation, focusing on grants and contracts made by the Donor Government Relations team. Before joining the foundation, Harriet worked as a Parliamentary Assistant to an MP in the House of Commons. Harriet is the daughter of a long-time supporter and so has a family connection to Futures for Women. 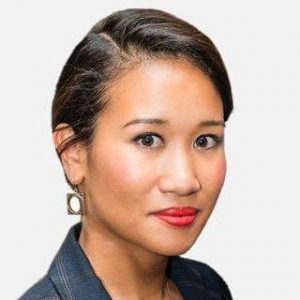 Victoria joined the Futures for Women Board in June 2020.  She is an Urban Development Strategist with over 12 years of experience advising UK and international governments, property developers and masterplanning teams on large-scale, complex and nationally significant projects. Victoria is currently the Lead Programme Manager on Infrastructure at Design Council and a Fellow of the Royal Society of the Arts both UK-based charities are the forefront of design, innovation and social change.